I’ve seen this and similar articles floating around facebook for a day or two and really need to say something. They make wild claims about corrupt senators, “Big Soap”, and something about forcing us to use “toxin” laden bath products. First off, the FDA is not trying to shut down artisinal soap makers. The FDA is probably in the pockets of anyone with a big enough checkbook(just like we’ve seen in every other department of government), but the senators who co-authored this bill aren’t and have no affiliation with the FDA. They are trying to regulate small bath product producers, but they are also trying to regulate the entire industry in a more consistent and contemporary way.

I read the actual bill and it looks to be a good thing for those of us producing bath and beauty product for sale. Sen. Diane Feinstein D-CA was a cowriter and the text of the bill can be found HERE. Feinstein is a strong proponent of cottage industry and spoke strongly in favor of California’s Cottage Foods Act a few years ago. What she is trying to do is legitimize an industry that already exists in our homes and to give us regulations that will discourage others from barring us from doing what we do. Some of those regulations are simple things like registering your facility every three years so that they can be inspected should a complaint arise. The new law will also allow us to use the FDA’s national product recall registry should we need to, as well as ensuring that we pay the proper taxes to fund said program.

Fat and the Moon is just one small producer who won’t be adversely affected by this law despite selling her products internationally. Click photo for more about Fat and the Moon.

And honestly, I say “we”, but it probably doesn’t even apply to most of us since the gross revenue over 3 years must exceed $500k for a registration to be mandated. That means an individual soap-maker could be making a six figure income off only their home business and would still fall outside these regulations. I can’t think of a relevant one-person business that turns that kind of cash, can you? This bill will mainly affect small business owners who have 2-3 full time employees. These are folks who supply national chains like Whole Foods and Nob Hill Foods with their artisinal bath products, rather than those with a farmer’s market booth or an Etsy page.
The same bill also calls for stricter regulations for big corporations and better labeling practices. This bill seeks to update regulations that are 75 years out of date. For example it sets forth animal testing alternatives, specifically allows for the review of certain previously exempted chemicals, and requires health and safety warnings for adverse affects in not just the general user, but also for specific populations such as children, pregnant women, etc. 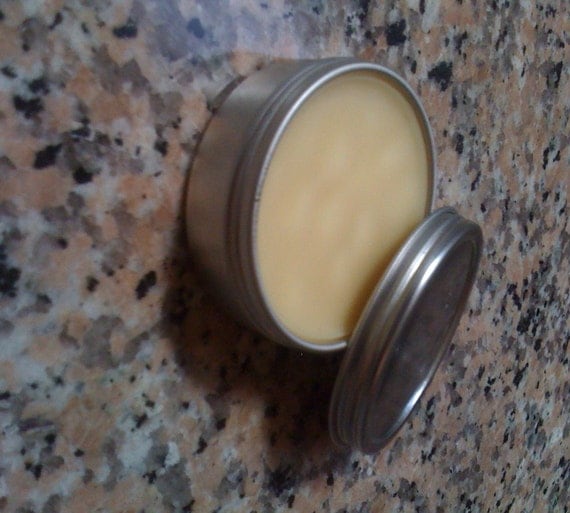 I make salves and pomades myself. Check them out!

Personally, I want to see this bill to pass. I hope, now that you’ve got a better understanding of what the bill really says, that you want it to pass too.

I recently got my hair cut very short. It’s a new experience for me. I usually have my hair rather short, but this is VERY short.

I wanted to have fun with styling the new do, but my skin is very sensitive to petrochemicals and sulfates  so finding a pomade that could hold up my hair without upsetting my scalp was no easy trick. Even Bumble & Bumble, one of the most highly recommended brands of hair care products, contained as its first Pomade ingredient something called Microcrystaline Wax. After a bit of snooping, I figured out that it is a processed paraffin which is of course a petroleum product.

Etsy brought up a few “soft hold” pomades and hair greases that were petro-chemical free, but they weren’t going to be thick enough to do what I was hoping for and weren’t cheap either.

When you can’t find what you want, MAKE IT YOURSELF! So I did.

I created Urban Agrarian Pomade from only natural organic ingredients. 2oz tins just went up on Etsy, and I’ll be adding 1oz blocks as well as a softer blend, Agrarian Slicker Pomade, in the next few weeks.

I’ve finally gotten around to updating the Peculiar Purls Etsy page. I will be adding more yarn and fiber over the next days as well so keep your eyes open and as always, I take requests! Use coupon code READER10 for 10% off anything in the shop including CUSTOM ORDERS!

As promised, I posted four new hats for sale today! I hope you love them. I’m also taking custom orders and have already filled two orders that the clients have been positively thrilled with! Click images to go straight to the listings.

Meer is inspired by the spirit of the sea and was created with intention to invoke the spirits of the west, of fluidity, memory and emotion.

For more listings go to peculiarpurls.etsy.com